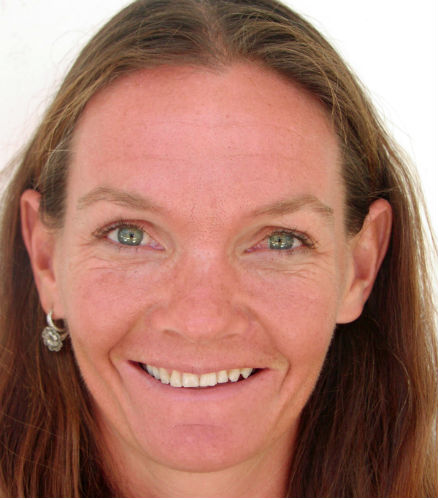 Jane was born in Hex River, South Africa, and grew up barefoot on the family fruit farm in the mountains of the Cape. She has been guiding for over 25 years, beginning as a guide on the Orange River in South Africa in 1989, just as rafting was starting in South Africa. Since then, she has run rivers all over South Africa, Zimbabwe and Zambia (Zambezi), Namibia, Kenya, Uganda, South Sudan, Ethiopia, Rwanda, New Zealand, Ecuador and Bolivia. In the US, Jane has guided in Texas, Colorado, Utah, Arizona, California, and Oregon, and met her husband on the Middle Fork in Idaho.

She has been the captain of the South African Women’s Raft Team (3rd in Worlds), managed multiple river companies, pioneered new runs, and appeared in a number of documentaries – including “Tweaking the Nose of Terror” during the 3rd Descent of the Class V+ Murchison section of the White Nile and “The Longest River” during the Source to Sea expedition on the White Nile.
She is always happiest to be on overnights trip, far away from any outside contact.  When not on the river, Jane likes to read, write, teach first aid, eat chocolate, surf, hike and kayak badly. Her travels now mostly take her between her two homes of Africa and the US.